“We are excited to be one of the first community banks in the New York area to be introducing this new technology,” Flushing Bank President and CEO John R. Buran said in the press release.

Upon walking into this new branch, you feel as if you are walking into a bank of the future. After being warmly welcomed by the Universal Bankers at hand, you are greeted by the MX8800 in the vestibule. The MX8800 performs most of functions as a traditional teller. One of the most important parts of any self service machine is ease of use and the MX8800 is so simple- anyone can use it.

This is the first official sales release of the MX8800 outside of Chase, who has been using the MX8800 solution for the past several years in many of their branches. The MX 8800 solution that Flushing Savings Bank implemented features cash recycling technology, a coin dispenser, fingerprint scanner, ID scanner, as well as it is a full function ATM, accepting checks and cash  deposits.

Smart design is really the key to this machines success and Hyosung has not forgotten a thing. When you look at the MX8800, the most prominent feature that  strikes you is the large monitor. This forward facing monitor is used to display advertising, and other non- sensitive information. The flat lower screen is the customer’s touch point. It has a unique privacy filter so on lookers can not see at all what you are doing. It even has a bag hook, so if your shopping, you don’t have to put your bags on the floor.

So what are customers saying? So far the Universal Bankers say they absolutely love the machine. They report that customers both old and young really love using the machine, because its so simple and fast. The Bank reports that the machines have been operational for about 2 months now and there has been absolutely no service issues or performance issues whatsoever. Its been seamless- and they look forward to installing more units in the near future. 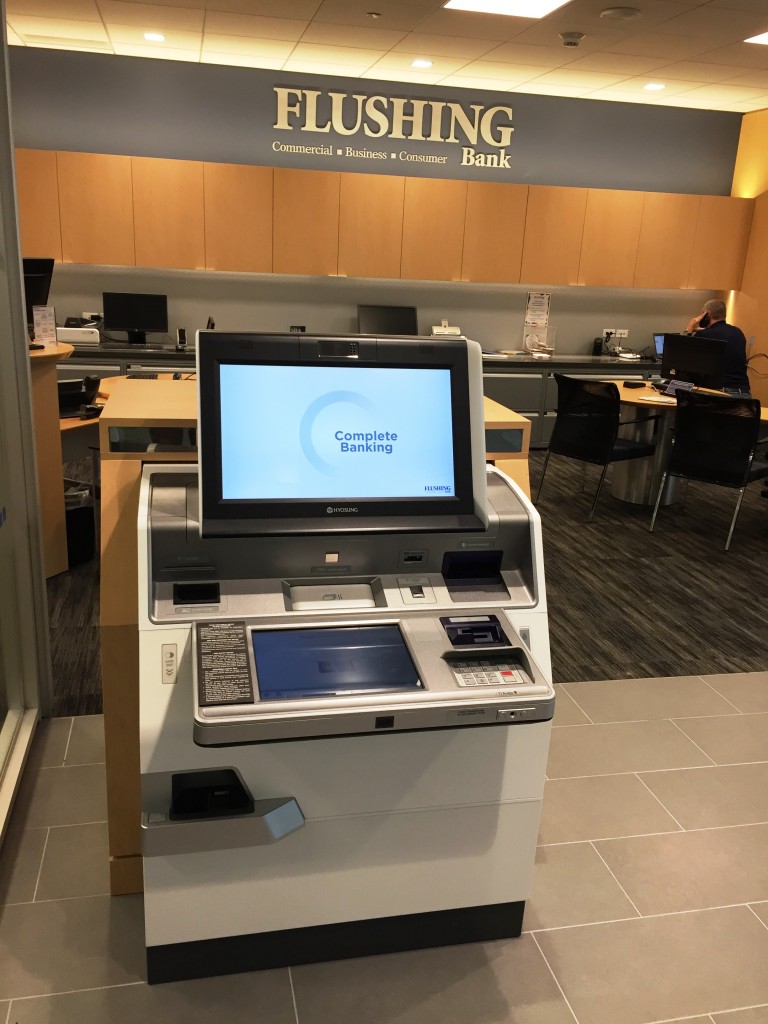 The Hyosung MX8800 features a large monitor for non-sensitive advertising, as well as a lower touch display for customer user. 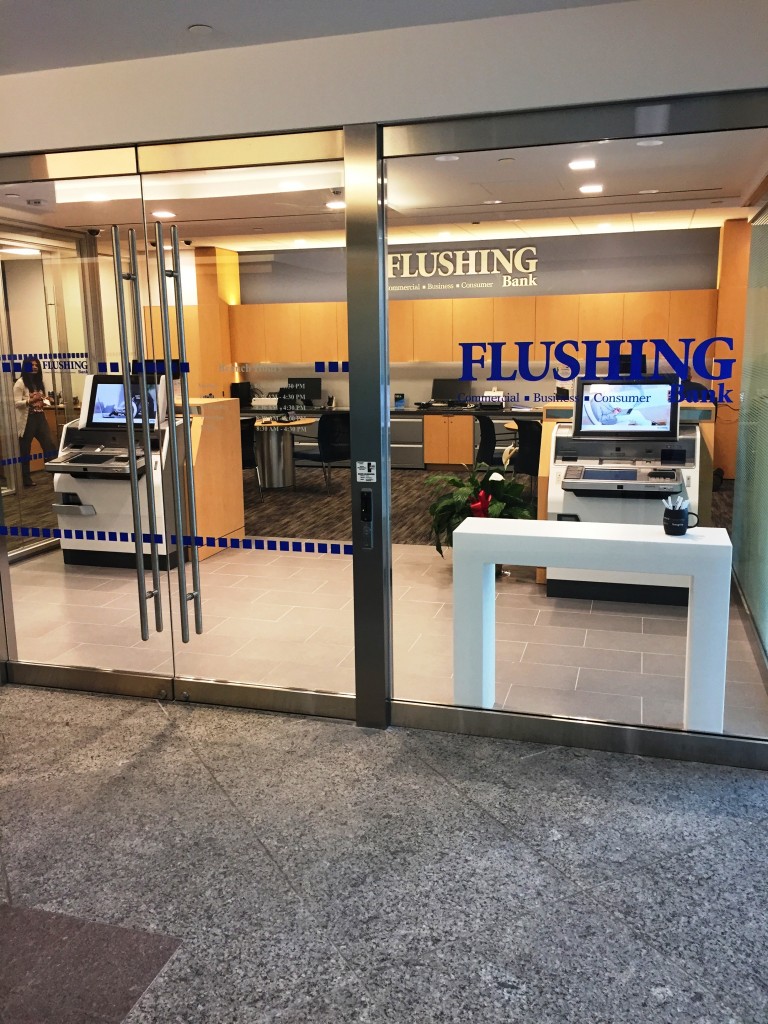