What you need to know about EMV

Best Products is your one source for everything EMV

Did you know that all ATMs must be EMV compliant by October 1st 2016?

If not compliant, the ATM owner assumes all liability when a customer makes a withdrawal. Meaning if a customer claims a debit card/ credit card was lost, stolen or fraudulently replicated, the ATM owner is financially responsible for the loss.

ATM EMV was developed jointly by (EMVCo) in the mid-1990s. EMV is a global standard for credit and debit payment cards based on chip card technology. EMV is short for Europay, MasterCard and Visa. 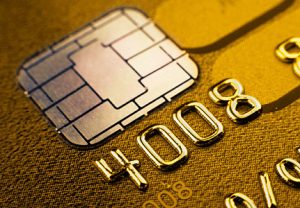 An EMV card is the same size and thickness as a standard magnetic-stripe card, however it includes a metalic square or contact on the front of the card. The microprocessor is embedded in a small cavity directly behind the contact plate. When inserted into a card reader, the contact allows the chip to connect to a reader. This connection enables the chip to get power from and exchange data with the terminal, according to EMVco. Because ATM EMV transactions require chip contact throughout the process, consumers will no longer “swipe” their cards at ATMs and POS terminals. Consumers will need to be taught to insert their card and leave it in until the transaction is completed.

Most of the world — Europe, Canada, Africa, Mexico, Latin America, the Caribbean, the Middle East and Asia-Pacific countries — has fully migrated or is in the process of migrating to ATM EMV technology.

U.S. card issuers and merchants have been reluctant to spend the money to adopt ATM EMV due to the cost of upgrading payment terminals and because fraud losses — while increasing — are still a small percentage of overall revenue. However, in August 2011 that changed with Visa’s announcement to accelerate chip migration and adoption of mobile payments in the U.S., through retailer incentives, processing infrastructure acceptance requirements and counterfeit card liability shifts.

What does this mean for you?

Upgrade ASAP! If an ATM customer claims a credit card was lost, stolen or fraudulently replicated, your business will be financially responsible for the loss.

One ATM EMV milestone has already passed. MasterCard implemented a liability shift for all counterfeit ATM transactions performed on the Maestro debit network on April 19, 2013.

What can you do?

Since ATM EMV has been implemented in Europe, Canada and is in the process of being adopted in other parts of the world, most ATM manufacturers have an upgrade path in place for older machines.

Many hardware manufacturers are already shipping ATMs with EMV-capable card readers and pre-loaded with software. However, because a common EMV debit standard has not been agreed upon yet and software has not been tested and certified, EMV-ready ATMs may still need to have new software loaded in the field.

Upgrading existing ATMs should be possible for the majority of existing ADA compliant ATMs. To upgrade terminals already in the field, ATMs will need to be outfitted with a level 1 EMV-certified card reader as well as new software once it has been tested and certified. In some cases, implementation of EMV may require modifications to other parts of the ATM or replacement of terminals that cannot be upgraded. As with the ADA implementation, ATM deployers will have to weigh the costs and revenues associated with upgrading. Decisions also need to be made in a way that minimizes the number of site visits. Contact us today for a free consultation on which solution is best for your ATM.